【悟空解密】一带一路 Connecting China and the world

‘One Belt and One Road’: Connecting China and the world

China is leading the effort to create the world’s largest economic platform.

More than 2,000 years ago, China’s imperial envoy Zhang Qian helped to establish the Silk Road, a network of trade routes that linked China to Central Asia and the Arab world. The name came from one of China’s most important exports—silk. And the road itself influenced the development of the entire region for hundreds of years.

In 2013, China’s president, Xi Jinping, proposed establishing a modern equivalent, creating a network of railways, roads, pipelines, and utility grids that would link China and Central Asia, West Asia, and parts of South Asia. This initiative, One Belt and One Road (OBOR), comprises more than physical connections. It aims to create the world’s largest platform for economic cooperation, including policy coordination, trade and financing collaboration, and social and cultural cooperation. Through open discussion, OBOR can create benefits for everyone.

The State Council authorized an OBOR action plan in 2015 with two main components: the Silk Road Economic Belt and the 21st Century Maritime Silk Road (exhibit). The Silk Road Economic Belt is envisioned as three routes connecting China to Europe (via Central Asia), the Persian Gulf, the Mediterranean (through West Asia), and the Indian Ocean (via South Asia). The 21st Century Maritime Silk Road is planned to create connections among regional waterways. More than 60 countries, with a combined GDP of $21 trillion, have expressed interest in participating in the OBOR action plan.

The effort has already made some practical achievements. China has signed bilateral cooperation agreements related to the project with Hungary, Mongolia, Russia, Tajikistan, and Turkey. A number of projects are under way, including a train connection between eastern China and Iran that may be expanded to Europe. There are also new rail links with Laos and Thailand and high-speed-rail projects in Indonesia. China’s Ningbo Shipping Exchange is collaborating with the Baltic Exchange on a container index of rates between China and the Middle East, the Mediterranean, and Europe. More than 200 enterprises have signed cooperation agreements for projects along OBOR’s routes.

In 2014, China established the $40 billion Silk Road Fund to finance these initiatives, and it has made investments in several key projects. These projects are just the start as OBOR enters a new stage of more detailed and comprehensive development. This work will see the development of six major economic corridors, including the New Eurasian Land Bridge, China–Mongolia–Russia, China–Central Asia–Western Asia, Indo-China Peninsula, China–Pakistan, and Bangladesh–China–India–Myanmar. These corridors will be the sites of energy and industrial clusters and will be created through the use of rail, roads, waterways, air, pipelines, and information highways. By both connecting and enhancing the productivity of countries along the new Silk Road, China hopes the benefits of cooperation can be shared and that the circle of friendship will be strengthened and expanded.

China seeks to take the interests of all parties into account so as to generate mutual benefits, including environmental management and closer cultural exchanges. We wish to give full play to the comparative advantages of each country and promote all-around practical cooperation. 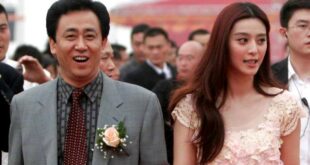 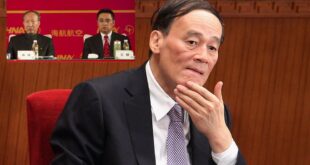 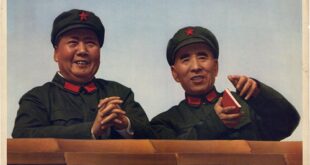